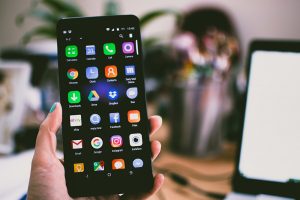 It feels like an age old battle; Which is better, Android or iOS?

These are the two mobile operating systems that dominate the market and others, such as windows and Blackberry, barely seem to be in the running.

When it comes down to the details, both Android and iOS are excellent operating systems, and they offer user friendly software, and a wide range of apps and services for their customers.

Let’s break it down into a few different categories…

Globally, there are far more Android device users than iOS. There are a few reasons for this.

When Apple first emerged, they cleverly marketed their phones towards people who were new to using technology. This is because their devices are uniformly designed, across all Apple devices, to create the most seamless user experience for people if all ages and abilities.

Android also offers a great user experience, but because of its open-source software, this allows the different manufacturers to make changes to how the system runs in different makes and models. This can make it confusing when setting up a new Android device, as its functions may differ from your previous one.

Similar to the user experience, Apple devices maintain the same high level of software performance across all its different models. The hardware is engineered specifically for optimum performance, and has great technological specifications.

As mentioned previously, Android is an open-source software system, and so performance varies between different brands and models of mobile phone. This can be frustrating, as manufacturers don’t always make positive changes to the operating system, which can result in Android devices not performing to their full potential.

One big difference in iOS and Android devices is security. Apple gives a lot of importance to the data privacy of its users, and protects them from third-parties looking to buy information. Even the apps that are uploaded to iTunes are rigorously screened to ensure data privacy guidelines have been matched.

Android, on the other hand, has had a few hiccups in the past regarding the safety of the data of its users, as some of the apps uploaded to the Google Play Store aren’t secure and so a data breach is a risk. Google, however, have been constantly evolving their systems to improve security, and it’s come a long way in the past few years.

There are lots of different features that differ iOS and Android devices, and it is clear that both operating systems dominate the market.

If you’re looking for ease of use and consistent performance then iOS is definitely the one to consider, whereas if you don’t want to be tied to one brand of device then Android is available on a much wider range of devices, and also has improved security measures.

If you are looking into Mobile App Development then there are many different aspects to consider – focusing on just Android App development will cover a large proportion of the market, and then including iOS will ramp this up to almost 100%. Chester Apps is fluent in both Android and iOS app development, so choosing both is always a great option.

Get in touch with Chester Apps to find out how we can help your business grow, by developing bespoke apps and integrating new or existing software systems.